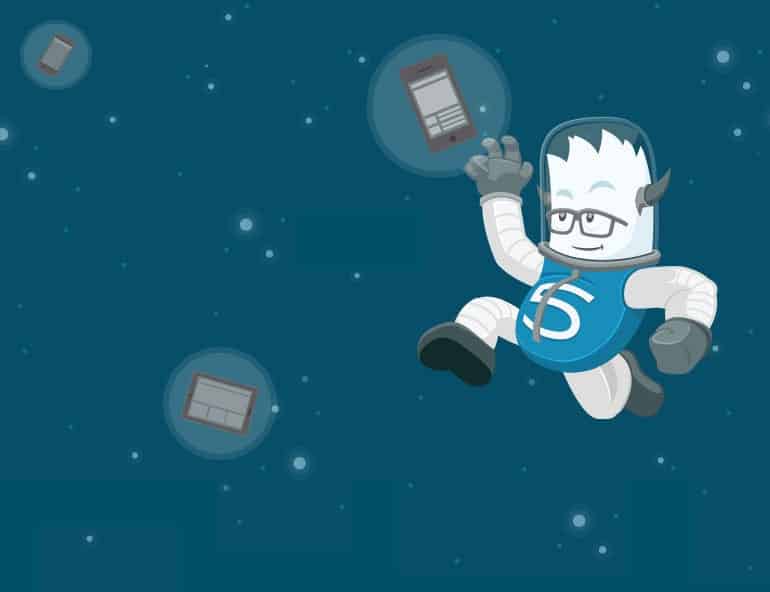 We’ve eagerly awaited the release of the latest version of Foundation, Zurb’s hugely popular front-end framework. It has finally arrived and I’m sure a lot of designers and front-end developers are eager to put it to the test. We were lucky enough to have a sneak preview of the framework before it was released, and it looks like there’s plenty to get excited about.

As a fan of Zurb’s presentation-oriented approach to all things web, here are the five new features that we think will push Foundation into top spot in the race against Bootstrap.

In Foundation 4, Interchange was cool, it allowed the dynamic rendering of different images at specified media query breakpoints. In Foundation 5, they’ve taken it to a whole new level of awesome. Interchange will now allow you to serve any type of content (e.g. HTML partials, videos or canvas) depending on the device’s screen width.

Here’s why it’s awesome: responsive design in the past has worked fine with content and presentation that remain exactly the same across all devices. Unfortunately, if you want content to differ on any viewport width it would normally involve either:

So a plugin that can deliver different content client-side is an enormous help – making Interchange the feature I am most excited about.

This was actually an ‘experimental’ feature of Foundation 4.3, but is fully supported and documented in Foundation 5. One of the issues I had with Foundation 4 was that columns had the same width ratio for all screen sizes. Adjusting column widths on smaller devices before v4.3 meant hacking the Foundation styles, which always felt weirdly uncomfortable…

A fully functional medium grid will be great for those situations where a 9-and-3 column combo looks good on a wide-screen but would look better as 8-and-4 on a smaller screen (e.g. you’ve probably seen a 3-column block ‘squeeze’ text on tablet).

One of the best features that made Bootstrap 3 great for designers is the flat, simple style. By stripping things back, they made it much easier to customize. Foundation 5 has also moved more towards this blank-canvas mentality. The default UI in Foundation 4 was cool, but a bit of a hassle to restyle. It was also instantly recognizable as Foundation to other designers, which can be a bit awkward, especially if you’re trying to make your design look unique!

To improve the user experience on mobile devices, further hardware acceleration support has been added into Foundation 5. This means smoother animations, less flickering of content and a generally improved mobile user experience.

The improved documentation will mean more detailed code examples, and greater insight into the mysterious Foundation API. The new forum will provide much needed FAQ, and general support for rookie Foundationeers like myself.

Want to learn more about Foundation 5?

Head to Zurb’s Foundation’s page to download your own copy of the new Foundation 5 and see for yourself why we are huge fans of the new framework.

If you are interested,  Zing design has a newsletter where you can receive regular updates on our latest projects, research, and other news in the world of web design and development.

This article was originally published at https://www.zingdesign.com/top-5-most-exciting-features-of-the-new-foundation-5/

Moving to Static and Keeping Your Toys

4 thoughts on “5 Most Exciting Features of Foundation 5”