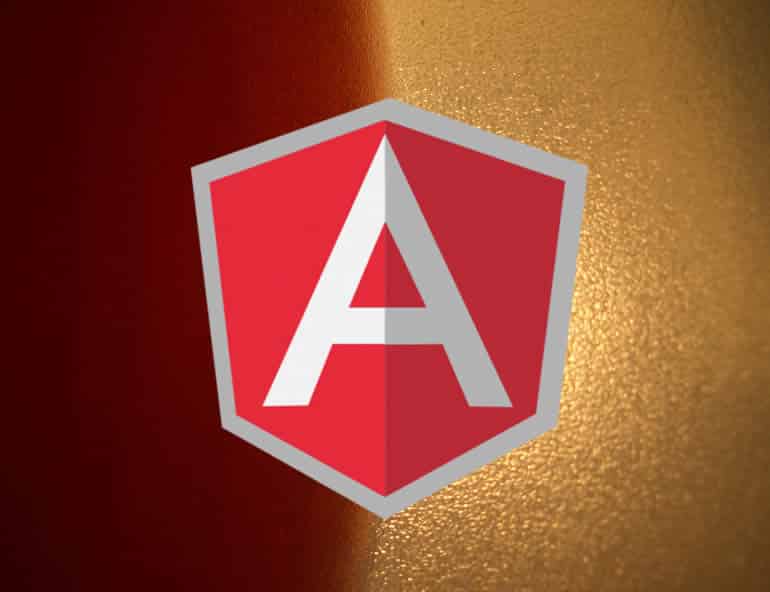 For the past few months I’ve been sailing around the world of Angular. Today I can hardly imagine myself doing day to day coding on a large front-end web application without some kind of data binding framework, such as Angular.js,Backbone.js, and friends, and I can’t believe I’ve done so in the past.

I might however be a bit biased, considering the application I’m working on is a PhotoShop-esque editor in the browser, which often presents the same data in radically different ways. For example:

This kind of interaction, data binding, and view synchronization would be easily be a maintenance nightmare if it wasn’t for a framework such as Angular. Being able to update a model in one place, and have Angular update all relevant views almost feels like cheating. Adding, removing, or moving a layer is just a matter of changing an object.layer.x += 10 and we’re done. There’s no need to invalidate the view by hand, or to manually update each instance of the layer in the DOM, or to even interact with the DOM, for that matter.

Angular enabled us to go places we wouldn’t ever have dreamt of, such as setting up a bunch of keyboard shortcuts that are enabled based on the current context of the application. For example, text editing shortcuts, such as ctrl/cmd + B to toggle bold text, are just enabled when we’re editing a text layer.

Similarly, we tacked a description onto these shortcuts (which are registered through a service we created), and we are then able to show a list of shortcuts, along with their descriptions, in a handy cheat sheet. Furthermore, we wrote a directive which enables us to bind individual DOM elements with their keyboard shortcut counterparts, showing a tooltip when you hover over them for a little while, letting you know a keyboard shortcut is available, too.

Honestly, it’s as if we weren’t writing a web application anymore. The web is just the medium. As we improve our understanding of Angular, the code gets more modular, more self-contained, and yet more inter-connected. It is simply becoming more Angular.

And by Angular I mean the highly interactive rich application development philosophy behind Angular.js, the same one that’s enabled us to develop a piece of software that I wouldn’t have thought possible a while back.

We were even able to develop a full-fledged history panel that updates the DOM to the currently selected point in history, and it performs well, too! Seeing the data binding capabilities of Angular update every small detail in your view work flawlessly as you go back and forth in the history panel is inspiring, to say the least.

It Wasn’t Always This Easy…

…the code-base used to be an uncontrollable mess.

Indeed, in the last few weeks we’ve been updating and re-writing the overall architecture of our front-end. Before we took up this re-write, looking to update Angular to edge, all the way from 0.10.6. That’s a pretty long way to go, if you look at the change log.

The wrong way, in our case, encompassed quite a few issues we had to work through before getting to the lovable state our code-base is in at the moment. In this article, I’ll discuss some of those issues and how we overcame them.

Controllers declared on the global scope

This one is, sadly, pretty common amongst folks who’ve been using Angular since the early days. If you’re familiar with Angular, you might be familiar with this pattern, too.

That kind of file isn’t wrapped in a closure, either, meaning anything declared on the root scope goes to the global window object – yuck. The Angular way to do that is to use the module API they provide. But, as you can see, even in the documentation the recommended setup is still outdated and suggests you use the global scope mercilessly:

Do this, and wonderful things will happen to you!

Modules allow us to rewrite controllers in the following way:

The beauty I find in the way Angular approaches controllers is that you you need the controller function anyways, because that’s used to inject the dependencies required by the controller, and it provides a new scope, saving us from the need to wrap all of our script files in self-invoking function expressions like (function(){})().

You might’ve noticed that in the earliest example, dependencies are injected using $inject. Most of the module API, on the other hand, allows you to pass either a function or an Array containing the list of dependencies, followed by the function that depends on those. This is the one thing that I don’t like in Angular, and it’s probably the documentation’s fault. Most of the examples in the documentation are treated as if you don’t really need the Array form, but the thing is, you do. If you minify your code using a minifier without running ngmin first, you’re going to have a bad time.

Since you didn’t explicitly declare your dependencies using the Array form ['$scope',...], your clean-looking function arguments are going to get minified to something like b,c,d,e, effectively killing Angular’s dependency injection capabilities. I consider this to be a gross mistake in the way they built the framework, for a similar reason to why I strongly dislike Require.js and their troubling AMD modules.

If it’s not going to work in production, what good is it for?

My fundamental problem with this kind of behavior is that they have code in their framework that is dead as soon as you go in production. That’s fine for utilities like console and error reporting, which are useful during development, but it doesn’t make any sense in syntactic sugar that just works during development.

These things infuriate me, but enough ranting.

Cutting down on the jQuery proliferation

Going in, the application was “kind of Angular”, in that it was just wrapped in Angular, but most of the DOM interaction happened through jQuery, rendering Angular pretty much moot. However, if I were to write an Angular.js application from scratch today, I wouldn’t include jQuery right away, instead forcing myself to use angular.element instead.

The angular.element API wraps jQuery if it’s present, and it alternatively provides the Angular team’s implementation of jQuery’s API, called jqLite. It’s not that jQuery is evil, or that we need yet another implementation that somewhat reflects their API. It’s just that using jQuery isn’t very Angular.

Lets look at a concrete, and dumb, example. This uses jQuery to do class manipulation on the element where the controller has been declared.

However, we could be using Angular the way we’re supposed to, instead.

The bottom line is: you shouldn’t be manipulating the DOM (changing attributes, adding event listeners) directly or through jQuery. You should be using directives instead (p.s. that’s an excellent article, go read it).

If you’re still jQuery-lized, there’s lots of articles you could read, such as this migration guide and my article on critically thinking about whether to use jQuery.

I won’t sit here and claim we’ve managed to remove jQuery altogether. We have other, more important goals in place, such as releasing the product. It was still worthwhile to remove as much jQuery spam as possible. Doing so simplified every controller we went through. We created directives that manipulate the DOM, and use angular.element, even if it just maps to jQuery today.

We have a dependency on jQuery UI, which I’m not pleased about. We’re clearly not using it just for the sake of dialogs, we have directives for that. But dragging, drag and drop, and, in particular, being able to drag something and drop it in a sorted list, is just something that involves a lot of work if you’re not using jQuery UI; there is no real alternative. The drag and drop problem has been solved, we could (and probably should) be using angular-dragon-drop, which is a really simple drag and drop implementation. Sortable, on the other hand, just depends on jQuery UI.

Organizing a code base

Another illness we had to deal with during our migration, was that the entire code-base was crammed together in a single large file. This file contained all controllers, services, directives, and code specific to each controller. I made it a point to break it down so that we had exactly one file per component. Right now, we have very few files with more than one component, and most of those happened because a directive used a service to share its data with the outside world.

Although unrelated to Angular, we also modularized our stylesheets. We added a two letter prefix to every class name we use in our code. This prefix represents the component the class belonged to. pn-, for example, represents classes that style the panels; ly- for layers, and so on. The immediate benefit this provides is that you don’t have to think about class names anymore. Because you’re namespacing them, it becomes much harder for you to accidentally re-use a class name. Another benefit is reduced nesting, we used to have selectors such as #layoutEditor div.layer .handle div, which now might be .ly-handle-content. The deepest “nesting” we have now only occurs on overloaded selectors such as .fo-bar[disabled]:hover or, at worst, something like .fo-bar .br-baz.

A few rules we laid out for this CSS class naming style were:

After implementing this component-oriented CSS declaration approach, I have a hard time thinking of going back to doing it “the class soup way”.

Angular forces you to write good code, but on a deeper level than that, it forces you to think. A while later, it will either feel like a server-side implementation, or it’ll become an unbearable hack-fest that you won’t be able to stand on. The choice is up to you.

A Piece of Heaven

Let’s decompose one of the pieces of our application, the layers.

Here, we’re using the cv-layer class, given that the element is part of the canvas component (the canvas is where our layers are drawn to, not to be confused with an HTML5 canvas). We’re then using the ngRepeat directive to create one of these elements per layer, in a for-each kind of fashion. It is passed through a reverse filter we wrote, so that the last layer is visually on top. The apLayer directive is tasked with actually rendering the layer, whether it’s an image, some text, HTML, or something else. The event directives (ng-mousedown, ng-mouseup, ng-dblclick) simply delegate the event to our layer selection service, which handles it from there. Lastly, ngHide probably doesn’t really need a lot of explaining.

That’s a huge amount of functionality and Angular manages to make it look simple with readable HTML that sort of tells you what’s going on. Furthermore, it allows you to separate the different concerns so that you can write concise pieces of code that don’t try to do everything at once. In summary, it reduces complexity – making the complex, simple. And the “hard to even fathom”, possible.

This article was originally published at https://blog.ponyfoo.com/2013/08/27/the-angular-way

Getting a Head Start with Front End Generators

10 thoughts on “The Angular Way”