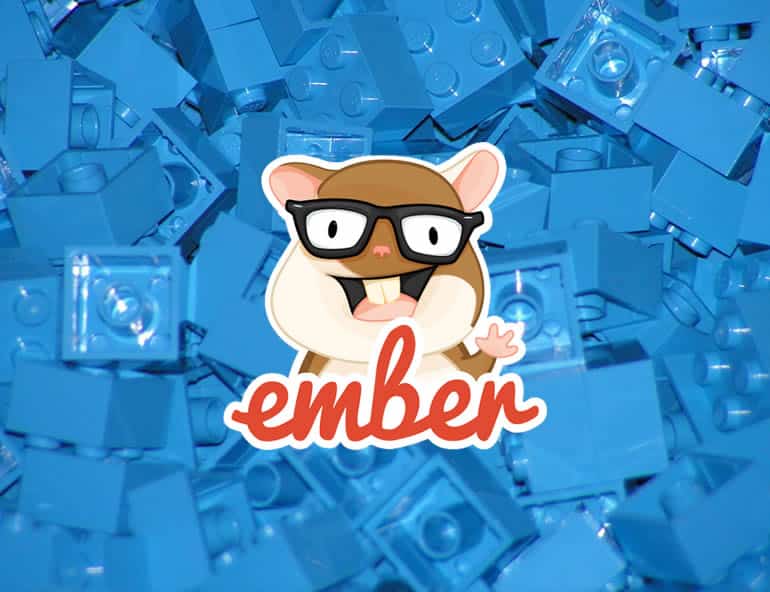 Web components promise to bring reusability and encapsulation to the next version of JavaScript. The bad news is that their power is out of reach until mainstream browsers fully implement the ECMAScript 6 standards that make up web components. Fortunately for Ember.js developers, the power of web components can be leveraged today in the form of Ember components. Ember components share more than a similar name with Web Components, they aim to adhere as closely to the W3C Web Component spec as possible.

In this article, I’ll show you how to use Ember components to build a reusable building block for a scrum card management application. For those of you who have never used Ember before, don’t worry, we’ll also cover some of the basics of Ember.js that you need to know.

Lets start with a brief introduction to Ember.js (if you are already familiar with Ember you can skip ahead to the Adding Components To The Story section). Ember.js is an ambitious web application development framework and covering it in detail is out of the scope of this article, however the following section should give you the knowledge of Ember’s building blocks that you’ll need to start talking working with components.

At a very high level, Ember applications are composed of templates, routes, and controllers. Ember automatically wires all of these components together by sticking to strict naming conventions. For example, a foo object would have a template named foo, a route named FooRoute, and a controller named FooController.

Templates in Ember applications are written with the Handlebars templating framework. Variables and helpers in handlebars templates are surrounded by double curly braces: {{ and }}. Helpers are special expressions that allow you to inject logic into a template, for example the {{ #if }} and {{else}} helpers add conditional logic into templates, or the {{ #each }} helper which allows a template to loop through the items of an array. In addition to the helpers that come with Handlebars, Ember extends Handlebars with some Ember specific helpers. A few that you’ll see a lot of in an Ember applications are:

Array controllers are used when a view’s model data is stored in an array. A view with an ArrayController can use the {{each}} helper to loop through each object in it’s model using the special {{each controller}} action.. Array controllers can also use Ember’s Array methods on their models by using the this keyword, for example calling this.filter() on an ArrayController will run the filter on each of the controller’s models.

Controllers are also used to respond to events triggered on a view. In Ember, events are represented by actions. Views use the {{action}} helper to send events to the controller and the controller uses an actions property to store callback functions for events.

Models in Ember applications can be plain JavaScript objects or representations of the much more robust ember-data framework.

Ember components allow developers package together common display elements and functionality in an encapsulated manner that allows them to be reused throughout an application or even in other applications. Because of this encapsulation, data must be explicitly passed into a component and actions must be explicitly passed out of the component into its enclosing controller. This is an important concept to grasp so let me put it another way. As a result, all the data that is used by a view must be manually passed into the view through the components tag.

In this article, we’ll build a simple scrum backlog management application that utilizes the power of components. To illustrate this, our application will manage two different backlogs (if you are unfamiliar with the concept of a backlog, just think of it as a list of items that need to be done): the active backlog which has current work items and an archive backlog that will store completed items. I’ll call each of these todo items a “card”.

The quickest way to get started building an Ember application is with the Ember Starter Kit. This is a zip file that includes Ember and all of it’s dependencies. There is also a very convenient custom JS Bin location that comes with the Ember Starter Kit already configured at https://emberjs.jsbin.com/. We’ll use the JS Bin version of the starter kit in this article.

It all starts with a template.

Keeping the naming conventions in mind let’s start our scrum card component by creating the scrum card template and giving it a name of componentsscrum-card by adding the following code to your HTML:

Lets break that down

There are a lot of things going on in this template and I’d like to spend some time going over each of them before we continue. One of the first thing’s you’ll notice is that the Handlebars expressions are referencing properties of a card object. This object must be explicitly passed into the component upon creation, as the component has no access to the data that is available to it’s parent view.

A few lines down this template is making use of the {{#each}} Handlebars helper. This is an Array helper and will loop through all the items in the array. Note that this helper begins with a #, which is the syntax for a Handlebars block helper and which must also have a closing tag. Near the end of the loop there the template also uses {{else}} tag. The content inside the else tag will onlybe displayed if the array passed into the each block is empty or does not exist.

This view also makes use of a special type of Handlebars helper called an Ember view helper: {{input type="checkbox" checked=completed }}. Ember view helpers differ from standard HTML input tags because they allow developers to easily bind properties to an existing model. In this case, the model’s completed property is bound to the checkbox’s checked property. This piece of code is also particularly interesting because it seemingly breaks the component’s tight encapsulation and will update the values of the object that was passed into the component.

The next line includes another Ember specific Handlebars helper: {{bind-attr}}. This helper binds an element’s class name to the property of an object. In this case the div will get a class of isCompleted when the model’s completed property is true. The class is removed if the completed property is false. Looking back to the explanation of the Ember input view helper you’ll see that when the input is checked the value of the completed property will change, which will also change the class of the div. That was a mouthful, but perhaps looking at the application here will give you a clearer picture.

The example below loops through an ArrayController’s model and passing in the required card information into the scrum-card component. Notice how the card information passed into the controller is in a variable called pbi:

Perhaps by this point you’ve asked yourself a few questions: Can I control what element Ember will use to wrap my component’s markup when it’s inserted into the DOM? How do I get my components to respond to events? Where are the properties that only my controller uses stored? The answer to all of these questions lies in the Ember.Component object.

Sending and Responding to Actions

In order to send actions to the component object the {{action 'actionName' }} helper is used. Action helpers are nested inside of HTML tags. For example, to send an action called itWasClicked to the a component’s object when a user clicks on a specific <div> the following markup should be added a component’s template: <div {{action 'itWasClicked'}}>.

In Ember controllers and components, actions are always implemented by adding an actions property to the object’s declaration (see the Ember documentation). Each property of the action object should have the same name as the action defined in the action helper and the value of each property is a function that will be executed when the event is triggered.

To demonstrate this let’s add a button to our scrum card component that will allow us to mark a card as “done”. In order to do this we’ll add a <button> to our template’s markup that will send the “done” action to our component’s object. In order to do this, we need to tell the action handler what card we are marking as done. We’ll pass the card variable to the action by adding it as an attribute to the action helper.

In order to make our UI as simple to use as possible, we’ll hide the done button for tasks that have already been completed. The Handlebars {{#unless}} helper makes adding this logic to our template easy. This helper tells Handlebars to display the contents between the {{#unless}} and {{/unless}} tags only if the value of the property passed into the helper is falsy. The mirror image of {{unless}} is the {{if}} and {{/if}} helpers which displays information only if the value or the property passed into the helper is truthy.

Now we can add the done button to our scrum-card by adding the following markup:

We’ll also create our object controller and tell it to respond to done actions by adding the following JavaScript to our application:

There are a number or situations where an application’s controllers need respond to events from a component. In order to do this, we need to explicitly tell the template that includes the component what actions the component will send by setting an action attribute in our template invocation. These events are then sent to the controller through a sendAction() method implemented on the component’s object, which is then responded to by a method in the controller’s action object.

Lets start to add this functionality to our scrum-card component by adding an action attribute to our invocation markup and giving it a value of markCardDone (it will be up to the parent template’s controller to respond to the markdCardDone event):

Before we can tell the controller to respond to the markCardDone action, it will also need to know which card was clicked on. In order to do this, the done method needs to be refactored to add two parameters to sendAction: the first one is a string with the text action and the second one is the card that was clicked on. To send more than one parameter into the controller simply add them as additional parameters to the sendAction method. Controllers can intercept and respond to actions by adding them to their actions object. Lets look at how our scrum card application sends “done” events to the controller object and then along to a controller.

First we add the action to our component’s object:

Second we will respond to the action in our application’s controller, accepting the card information as an argument:

Lets say we want to wrap our component in a more semantic HTML tag like <section>. To do this simply add a tagName property to the component object like so:

There’s Much More to Learn

This tutorial covered many of the basic use cases of Ember components, but it’s far from an exhaustive review. For example, you can build components that allow users to pass in their own markup for part of all of the component using block level compoonent tags or bind different class information to our component based on the values of it’s properties. To read more on components check out the excellent documentation on the Ember.js website at https://emberjs.com/guides/components/. I’d also recommend you take a few hours and walk through the Getting Started guide which will walk you through building a complete Todo application using components.

A working demo of the scrum card application can be found here:

Tools for the Busy Web Developer

3 thoughts on “Ember Components – Reusable Building Blocks For Your Application”