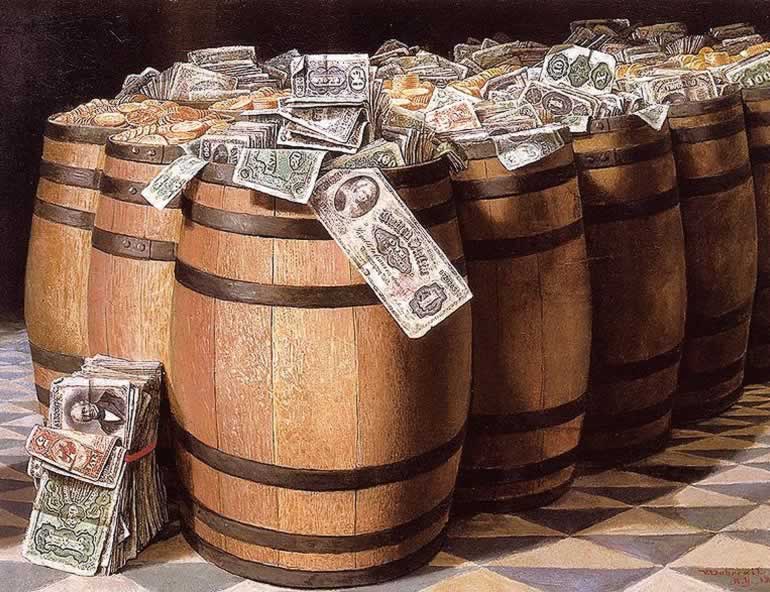 One of the most common ways to make money with mobile apps is to publish ads on the apps. This can work very well for many types of apps. In fact, publishing ads is one of the few ways to monetize a user who has no credit card, which is a common occurrence in non-western countries or younger demographics.  But sometimes ads can lose you money. Yes, that is right. I said they can actually lose you money. In this article I will go over a case study of how I actually lost money after publishing ads on my app.

In October of 2012 I created this unambitious Android marketing app. For those readers on iOS, here is the closest equivalent iOS marketing app.

To my surprise, the app quickly became the #1 marketing app on Android. The download numbers weren’t great even as the #1 marketing app, but nevertheless the app was generating a little bit of revenue by upselling my paid business plan apps. The revenue wasn’t great, but it was something. I was able to upsell 5-10 paid apps a day from this app. However, because that revenue stream was so slim, I became greedy, which was when all the trouble began to happen. I decided to place ads on my apps to maximize the app’s revenue.

I thought that the ads I placed on the app were only moderately intrusive. They were standard interstitial and incentivized actions ads. But within just two weeks, disaster struck. That app, which was originally rated 4.6/5.0, began to rapidly receive viciously written (or at least that was how they read to me) 1-star reviews. There was a total of five 1-star reviews. The reviews caused the star rating of the app to go down to 4.4/5.0, and discouraged the next potential downloaders from getting the app.

Within two weeks, the app downloads went down by 66%. Here is the chart: 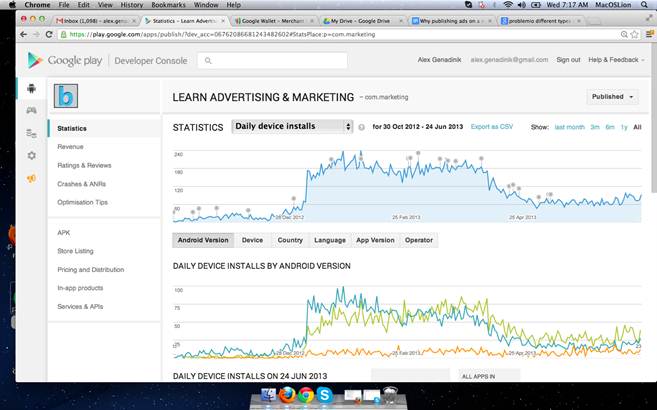 As you can see, the demise was rapid, and the recovery has been very slow, painful and arguably non-existent.

Just as the number of downloads decreased, so did the volume of paid apps which I was able to upsell. Over the months that followed this translated to hundreds of dollars of decreased revenue. And, if you are wondering whether I earned any money from the ads, yes, I did. I earned about $3 total.

Learn from my mistakes

As I mentioned before, ads can work well. But it is entirely up to you to ensure that they do not damage your usability. This means that if you make a mistake, it is your fault. And you don’t always get a do-over after a mistake. So when you experiment with ads, begin with very mild ad placements so that they are almost not felt to users. And monitor that very closely.  Whatever you do, keep one goal above else: make sure your users remain delighted by your app.  User happiness must come before monetization, otherwise you will end up with a low rated app without users and without even the possibility for monetization.

Be patient: Don’t let the need for revenue lead you towards mistakes.

Small tests can be very misleading because they do not have statistical significance. If you have an app that does not see much activity, be patient. I realize that sometimes the need for revenue has a psychological impact. It creates anxiety which can cause you to make wrong decisions. But in your quest to increase revenue as soon as possible (which I completely understand), you may actually lose money like I did if you are not very careful.

When choosing to monetize through ads, think about how those ads might actually enhance your user experience. For example, if there is something your users may really need, why not offer that to them with an affiliate link? The link can appear naturally within your app and actually enhance the experience of your users. For every app, there may be something unique along these lines that can be done and which takes advantage of both the uniqueness of the app and understands who the users are, what they need and how they are actually using the app.