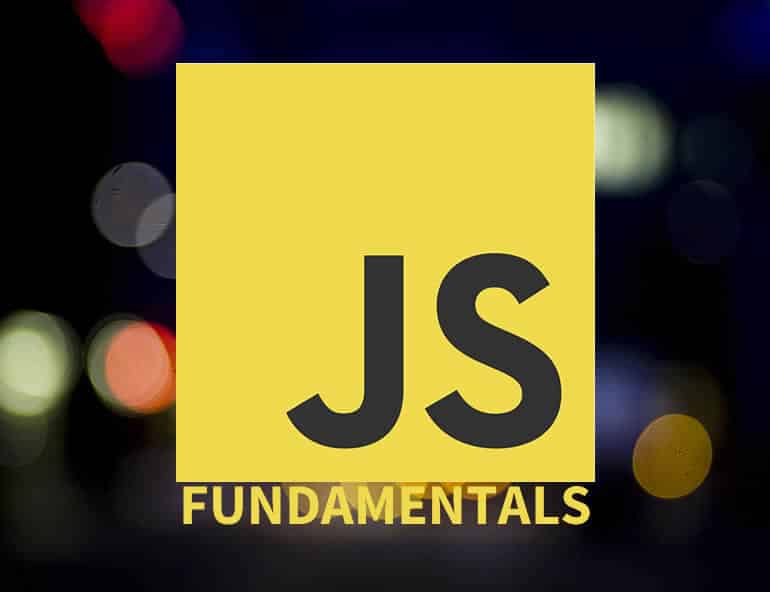 If it’s not fun, it’s not JavaScript. And you can’t spell fundamentals without fun.

Programming languages like BASIC, Python and C have a boring, machine-like nature that requires developers to write extra code that’s not directly related to the solution itself. Think about line numbers in BASIC or interfaces, classes and patterns in Java.

On the other hand JavaScript inherits the best traits of pure mathematics, LISP and C# which leads to a great deal of expressiveness (and, arguably, fun). You can read more about expressive power in languages via this post.

The quintessential “Hello World” example in Java looks like (remember, Java is to JavaScript is what ham to a hamster):

The same example in JavaScript:

…or from within an HTML page:

JavaScript allows programmers to focus on the solution/problem rather that to jump through hoops and API docs. In this article I want to cover some of the basic aspects of JavaScript that can make developing with it fun (if occassionally also frustrating).

Automatic type casting works well most of the time. It’s a great feature that saves a lot of time and mental energy. There are only a few primitives types in JavaScript:

Everything else is an object (i.e., mutable keyed collections). Read Stackoverflow on “What does immutable mean?”

Also, in JavaScript, there are String, Number and Boolean objects which contain helpers for the primitives. For example:

By the way, == performs automatic type casting while === does not.

Object notation in JavaScript is very readable and compact:

Remember that functions are objects so you could also write:

Another very similar looking pattern (but completely different in behavior) is when we use function to construct/initialize objects:

Functions are first-class citizens, and we treat them as variables, because they are objects. Yes, functions can even have properties/attributes.

A function with a property (remember functions are just objects that can be invoked, i.e. initialized):

Note: the return keyword is optional. In this case it’s omitted and the function will return undefined upon invocation.

Because of the special nature of functions in JavaScript, you can also pass a function as a parameter to another function:

Arrays in JavaScript are also objects which have some special methods inherited from the Array.prototype global object. Nevertheless, JavaScript Arrays are not real arrays. Instead, they are objects with unique integer (usually 0-based) keys.

There are no classes in JavaScript because objects inherit directly from other objects which is called prototypal inheritance. However, there are a few types of inheritance design patterns used by JavaScript developers:

Here’s an example of the functional inheritance pattern:

While not technically classes, they are often referred to as such.

Most of these conventions (with semi-colons being an exception) are stylistic, highly preferential and don’t impact the execution.

Semi-colons are optional except for two cases:

Use lowerCamelCase, except for “class” names which are UpperCamelCase:

_ and $ are perfectly legitimate characters for literals (the jQuery and Underscore libraries obviously use them a lot).

Private methods and attributes within “classes” should start with _.

Usually JavaScript developers use either tab, 4 or 2 space indentation with each their supporters’ camps being almost religiously split.

Usually, there is a space before and after =, +, ans the { and } symbols. There is no space on function invocation, as in arr.push(1);, but there’s typically a space when we define an anonymous function as in function () {}.

There is no built in support for modules, at least until ES6 (i.e. ECMAScript 6 which is the next version of JavaScript). Everything is in the global scope (a.k.a. window) and included via <script> tags. However, there are external libraries that allow for workarounds to support module loading:

Node.js uses a CommonJS-like syntax and has built-in support for modules.

To hide your code from the global scope, you can make private attributes/methods using closures and immediately-invoked function expressions (commonly called IIFEs).

A basic IIFE with no implementation is:

This snippet show an example of a object with a private attribute and a method:

this mutates/changes a lot (especially in jQuery). A common pattern is to re-assign it to a locally scoped variable before attempting to use this inside of a closure:

When in doubt, use console.log!

JavaScript is the only language I know of that programmers often think they shouldn’t truly learn (instead often relying on things like libraries and copy/paste to get by). However, things like === versus ==, global scope leakage and other aspects of the language might lead to problems down the road. This is why it’s important to understand the language or use an abstraction like CoffeeScript, that abstracts away most of the issues.

If you liked this article and would like to explore JavaScript more, take a look at my free resource: Eloquent JavaScript: A Modern Introduction to Programming. Of course for more advanced JavaScript enthusiasts and pros, there’s my book Rapid Prototyping with JS and intensive programming school HackReactor, where I teach part-time.

This article was originally published at https://webapplog.com/js-fundamentals/