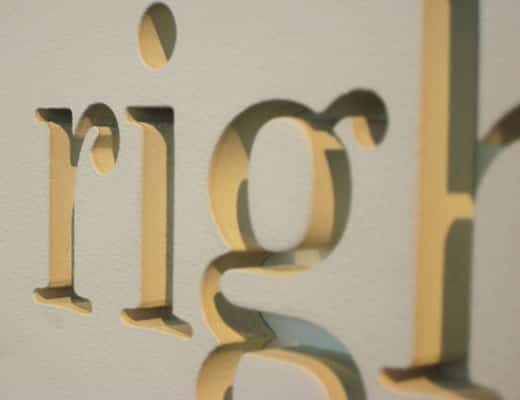 UPDATE: With certain constraints, a better approach than the one discussed in this article exists. Read the section at the end of this post for details.

Mobile data connections frequently aren’t as good as desktop ones, therefore the download time of custom fonts can take up to several seconds. A good approach to solving this is to use the @font-face rule only for a certain range of media and screens using media queries. Unfortunately this approach doesn’t work for some browsers including all versions of Internet Explorer and FireFox 10 and lower. This article discusses a solution for this problem that balances performances and hacks.

When I started creating my new website, I wanted to create a strongly mobile optimized design while also keeping in mind performance. One of the things I really wanted to avoid was the effect, frequently seen on websites when accessed via a smartphone, of a white block where there is supposed to be the content. This issue is caused by a custom font applied to the text that it isn’t completely loaded. This issues is illustrated in the image below. 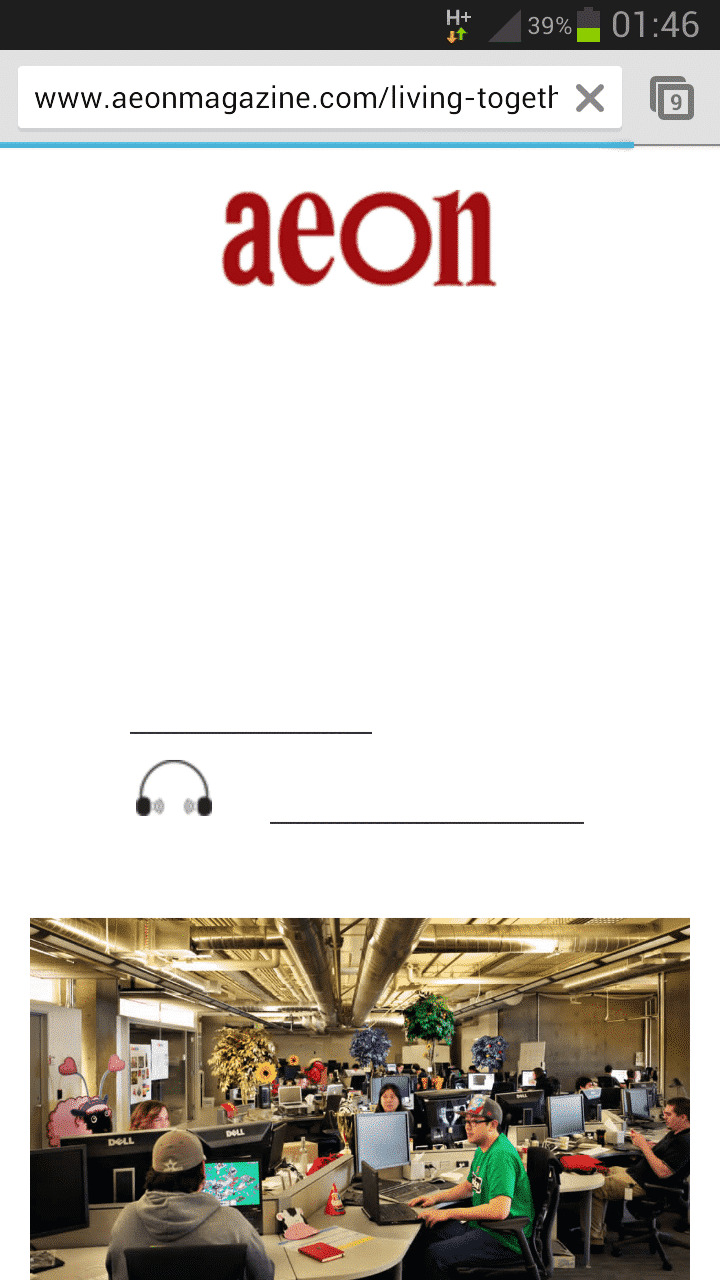 So, what’s the solution? As mentioned in the introduction, a good approach is to apply a custom font, using the @font-face rule only for a specific range of media and screens using media queries. You might think that the best solution would be to apply the custom font only to those users visiting the website with a fast connection, and you’re absolutely right. Unfortunately there isn’t yet such a system, although it has been discussed several times on the WHATWG mailing list.

@font-face inside a @media query

To better explain the solution, we’ll create two files: index.html and style.css. The first is the ideal page having the text with the custom font applied, while the latter contains the style of the page.

Our hypothetical index.html page could be the following:

As you can see, it’s very basic since it has only one paragraph and the link to the stylesheet.

The following is our hypothetical style.css file using a mobile first approach:

The stylesheet sets an Arial font for all the paragraphs, with several fallbacks. The font stack used is composed of fonts that are really common and highly present in the major operating systems. In fact, based on CSSFontStack, Arial achieves a 99.84% on Windows and the 98.74% on Mac. In case none of the selected fonts is available, the CSS specifies a generic sans-serif font.

The second part of style.css defines the media query. With it, we’re targeting all the devices that have a screen with a width of at least 980px (you can use a different breakpoint). Inside it, we’ve set the @font-face rule to download the custom font, using the Fontspring Bulletproof @Font-Face Syntax. Then, we’re simply applying the new font to all the paragraphs, overriding the previously set style.

While this solution seems really smart because it applies a custom font only for users that have a big screen and should, theoretically, not have problem for a little bandwidth overhead, unfortunately it is not supported by Internet Explorer 10 and lower, as well as Firefox 10 and lower. Although you may think it’s a strange behavior or bug, it actually comes from the CSS2.1 specifications that asserts that at-rules inside @media are invalid in CSS2.1.

So, while the last version of Internet Explorer still doesn’t support this feature, the company behind FireFox, Mozilla, added the support for versions after the 10th. Therefore, the issue is really significant only for Internet Explorer. Another point to keep in mind is also that Internet Explorer 8 and lower doesn’t understand media queries, so even if they update new versions, the problem remains for older ones.

How to (Partially) Solve the Problem

Is there a way to solve the problem of @font-face inside of a media query in Internet Explorer? The answer is yes, partially.

As I said in the introduction, I came across this issue during the development of my website. I wasn’t aware of the compatibility problem of Internet Explorer, so, just like every good developer, the first thing I did to understand what was going on, was to use Google. During my research, I found an article titled Do Not Put @font-face Inside @media Query that gave the answer needed on the cause, but not on the solution. Unable to locate a solution, I decided to create one by myself.

Solve the Problem for Internet Explorer 9 and Lower

Based on what I described so far, the problem is relevant only for Internet Explorer, so we can try to target this specific browser. The first thing that could came to mind is to create a separate CSS file, for example fonts.css, containing all the @font-face rules, not in a media query, and use a conditional comment. Thus, the source of fonts.css would look like this:

Using this approach, we have the advantage of keeping the weight of the page the same as before, apart for the few bytes for the conditional comment part, for all the browsers but Internet Explorer. For IE, we’ll also be adding a little overhead because of the additional stylesheet to download. However, as it contains only a few lines specific to @font-face rules, after minimizing it, an average file should cause an additional weight of no more than 1-2kb. In most cases, this is an acceptable compromise.

The code that implements the approach, using the minified version, is the following:

This solution is simple but not definitive because, as you might know, Internet Explorer 10 dropped support for conditional comments, so this version will ignore the snippet. So our problems aren’t finished yet.

Solve the Problem for Internet Explorer 10

To target IE10 we’ll use a less clean approach, because we need a hack. Specifically, the hack used is based on JavaScript and is discussed in the article IE10 CSS Hacks. What this snippet does is to detect IE10 and test if the window’s width is greater than or equal to 980px. If these conditions are true, it adds the same fonts.min.css stylesheet to the <head> element of the page. Remember that since it’s based on JavaScript, obviously, if it is disabled the hack won’t work.

How this Solution works within a Responsive Web Design Approach?

A good question that you can arise is how this solution will work within the responsive approach of a website. To answer this question, let’s split the discussion into two branches. The first regards mobile users where we don’t want the custom font, and the second regards desktop users where we do want the font to be applied.

To start the discussion, let’s have a look at the last statistics (June 2013) about mobile browsers usage provided by StatCounter. The link gives us the following statistics:

An important important point to get from these statistics is that none of them is Internet Explorer, and that its usage is lumped under “Others.” However, thanks to Craig Buckler of SitePoint, I discovered that StatCounter reports a usage of 1.4% for IEMobile (no distinction between versions). Therefore, having the @font-face rule inside the @media query, we’re achieving our goal of having a basic font at least for 98.6% mobile users.

Craig also wrote me that NetMarketShare report shows 1.31% usage for IE9 and 1.0% for IE10 mobile. Of course statistics can vary a little from site to site but we get the general point.

Now, let’s take into account the two major versions of Internet Explorer for mobile: 9 and 10.

As we’ve seen in a previous section, we’re targeting IE10 using a JavaScript code that uses an hack and test for the window’s width. If the device has JavaScript enabled, if the window’s width less than 980px, the fonts.min.css stylesheet will not be added. Otherwise, if JavaScript is disabled, the snippet won’t run and the custom font won’t be loaded or set.

About IE9, there isn’t much to do: the stylesheet will be loaded and the custom font applied anyway. However, this issue should affect no more than the 50% of those using IEMobile.

To wrap up, the font is not applied in roughly the 99.5% of the cases with only IE9 failing. In my opinion, this is a big success.

As with the previous section, let’s have a look at the last statistics (as of June 2013) about desktop browsers usage. The desktop statistics are the following:

For Internet Explorer 6-9, the custom font will be loaded, as we wanted, using a conditional comment. So, to the previous percentage we can add another 15.54% which lead to a partial total of 90.12%.

With regard to Internet Explorer 10, since we rely on a JavaScript method to load the stylesheet, the custom font is loaded for all those who have JavaScript enabled. I’m not able to provide any statistics on this but those with JavaScript disabled should likely not exceed the 0.5%.

To wrap up, the font is applied in roughly the 99.5% of the cases. Another big success.

Custom fonts can give a nice look to a website and more and more developers and designers are using them. However, we don’t have to forget to optimize for mobile devices due to the increasing traffic coming from them. As we’ve seen in this article, using it is possible to use a mobile first approach for web fonts having @font-face inside media queries, together with the use of a couple of tricks that target Internet Explorer. We can trust this technique because they’re safe and let us achieve a really high success percentages: 99.5% both for mobile users and desktop users.

Update Thanks to Tim Kadlec

Most browsers won’t download web fonts unless needed. This means you can declare all of your @font-face rules outside of any media queries, and then only use that font in the font-stack for certain resolutions. The exception is still IE < 9, which will download the fonts regardless of use. Example:

His comment deepened my understanding a little more and found that the terms “unless needed” should be clarified. His note is true for all major browsers only if you use a mobile-first approach. In fact, if you used a desktop-first approach, all the versions of IE (IE 10 and below) aren’t able to skip the download of a font, even if it won’t be really used. So, if you have code like the following in your stylesheet:

And you’re viewing the page from a device with a screen resolution equal to or less than 768px using a browser like Google Chrome, FireFox and others, the custom font won’t be downloaded because it isn’t really used, as shown by the following screenshot:

On the contrary, Internet Explorer will download it anyway, as shown by the following screenshot:

As you can see, both the screenshots are in Italian but you can easily understand that while Chrome downloads just the page, IE downloads the page and the font.

To wrap-up, if your website already uses a mobile-first approach, follow the Tim Kadlec’s suggestion. Otherwise, if you’re using a desktop-first approach and don’t want to make heavy changes, you can follow the method explained in this article.

In case you want to play with the demo I created to test the behavior I described, you can download the font-face demo here.

This article was originally published at https://aurelio.audero.it/blog/2013/07/02/how-to-solve-the-problem-of-font-face-inside-media-queries/