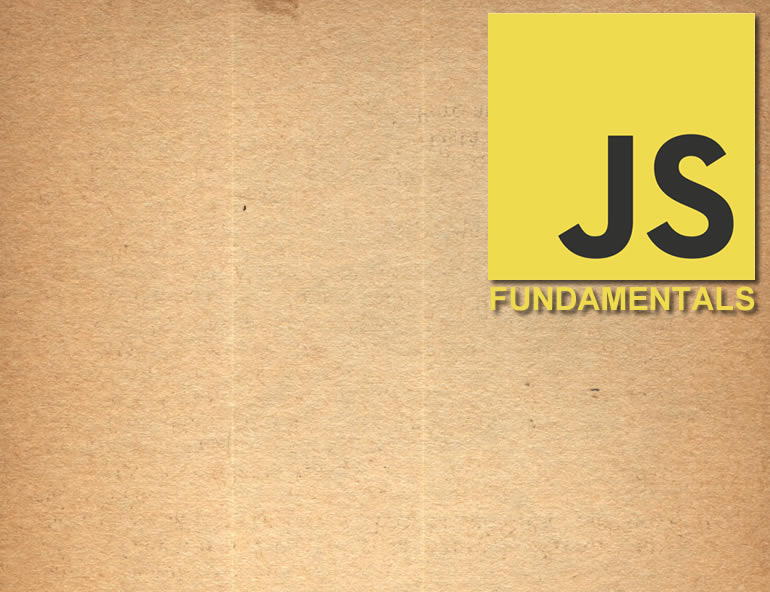 JavaScript’s implementation of scope and context is a unique feature of the language, in part because it is so flexible. Functions can be adopted for various contexts and scope can be encapsulated and preserved. These concepts are behind some of the most powerful design patterns JavaScript has to offer. However, this is also a tremendous source of confusion amongst developers, and for good reason. The following is a comprehensive explanation of scope and context in JavaScript, the difference between them, and how various design patterns make use of them.

The first important thing to clear up is that context and scope are not the same. I have noticed many developers over the years often confuse the two terms, incorrectly describing one for the other. To be fair, the terminology has become quite muddled over the years.

Every function invocation has both a scope and a context associated with it. Fundamentally, scope is function-based while context is object-based. In other words, scope pertains to the variable access of a function when it is invoked and is unique to each invocation. Context is always the value of the this keyword, which is a reference to the object that “owns” the currently executing code.

A variable can be defined in either local or global scope, which establishes the variables’ accessibility from different scopes during runtime. Any defined global variable, meaning any variable declared outside of a function body, will live throughout runtime and can be accessed and altered in any scope. Local variables exist only within the function body of which they are defined and will have a different scope for every call of that function. There it is subject for value assignment, retrieval, and manipulation only within that call and is not accessible outside of that scope.

JavaScript presently does not support block scope which is the ability to define a variable to the scope of an if statement, switch statement, for loop, or while loop. This means the variable will not be accessible outside the opening and closing curly braces of the block. Currently any variables defined inside a block are accessible outside the block. However, this is soon to change, the let keyword has officially been added to the ES6 specification. It can be used as an alternative to the var keyword in order to support the declaration of block scope local variables.

What is “this” Context

The same principle applies when invoking a function with the new operator to create an instance of an object. When invoked in this manner, the value of this within the scope of the function will be set to the newly created instance:

When called as an unbound function, this will default to the global context or window object in the browser. However, if the function is executed in strict mode, the context will default to undefined.

JavaScript is a single threaded language, meaning only one thing can be done at a time in the browser. When the JavaScript interpreter initially executes code, it first enters into a global execution context by default. Each invocation of a function from this point on will result in the creation of a new execution context.

This is where confusion often sets in, the term “execution context” is actually for all intents and purposes referring to scope and not context as previously discussed. It is an unfortunate naming convention, however it is the terminology as defined by the ECMAScript specification, so were kinda stuck with it.

Running the preceeding code will result in the nested functions being executed all the way down to the fourth function. At this point the scope chain would be, from top to bottom: fourth, third, second, first, global. The fourth function would have access to global variables and any variables defined within the first, second and third functions as well as the functions themselves. Once the fourth function has completed execution, it will be removed from the scope chain and execution will return to the third function. This process continues until all code has completed executing.

A closure is formed when a nested function is made accessible outside of the function in which it was defined, so that it may be executed after the outer function has returned. It maintains access to the local variables, arguments, and inner function declarations of its outer function. Encapsulation allows us to hide and preserve the execution context from outside scopes while exposing a public interface and thus is subject to further manipulation. A simple example of this looks like the following:

One of the most popular types of closures is what is widely known as the module pattern. It allows you to emulate public, private and privileged members:

The module acts as if it were a singleton, executed as soon as the compiler interprets it, hence the opening and closing parenthesis at the end of the function. The only available members outside of the execution context of the closure are your public methods and properties located in the return object (Module.publicMethod for example). However, all private properties and methods will live throughout the life of the application as the execution context is preserved, meaning variables are subject to further interaction via the public methods.

Another type of closure is what is called an immediately-invoked function expression (IIFE) which is nothing more than a self-invoked anonymous function executed in the context of the window:

This expression is most useful when attempting to preserve the global namespace as any variables declared within the function body will be local to the closure but will still live throughout runtime. This is a popular means of encapsulating source code for applications and frameworks, typically exposing a single global interface to interact with.

These two simple methods, inherent to all functions, allow you to execute any function in any desired context. The call function requires the arguments to be listed explicitly while the apply function allows you to provide the arguments as an array:

The result of both calls is exactly the same, the user function is invoked in the context of the window and provided the same three arguments.

ECMAScript 5 (ES5) introduced the Function.prototype.bind method that is used for manipulating context. It returns a new function that is permanently bound to the first argument of bind regardless of how the function is being used. It works by using a closure that is responsible for redirecting the call in the appropriate context. See the following polyfill for unsupported browsers:

It is commonly used where context is frequently lost: object-orientation and event handling. This is necessary because the addEventListener method of a node will always execute the callback in the context of the node the event handler is bound to, which is the way it should be. However if your employing advanced object-oriented techniques and require your callback to be a method of an instance, you will be required to manually adjust the context. This is where bind comes in handy:

While reviewing the source of the bind function, you may have also noticed what appears to be a relatively simple line of code involving a method of an Array:

What is interesting to note here is that the arguments object is not actually an array at all, however it is often described as an array-like object much like a nodelist (anything returned by document.getElementsByTagName()). They contain a length property and indexed values but they are still not arrays, and subsequently don’t support any of the native methods of arrays such as slice and push. However, because of their similar behavior, the methods of Array can be adopted or hijacked, if you will, and executed in the context of an array-like object, as in the case above.

This technique of adopting another object’s methods also applies to object-orientation when emulating classical inheritance in JavaScript:

By invoking the method of the superclass (MySuperClass) in the context of an instance of a subclass (MyClass), we can mimic this powerful design pattern.

It is important to understand these concepts before you begin to approach advanced design patterns, as scope and context play a significant and fundamental role in modern JavaScript. Whether were talking about closures, object-orientation and inheritance, or various native implementations, context and scope play an important role in all of them. If your goal is to master the JavaScript language and better understand all it encompasses, then scope and context should be one of your starting points.

This article was originally published at https://ryanmorr.com/understanding-scope-and-context-in-javascript/

Getting a Head Start with Front End Generators

5 thoughts on “Understanding Scope and Context in JavaScript”