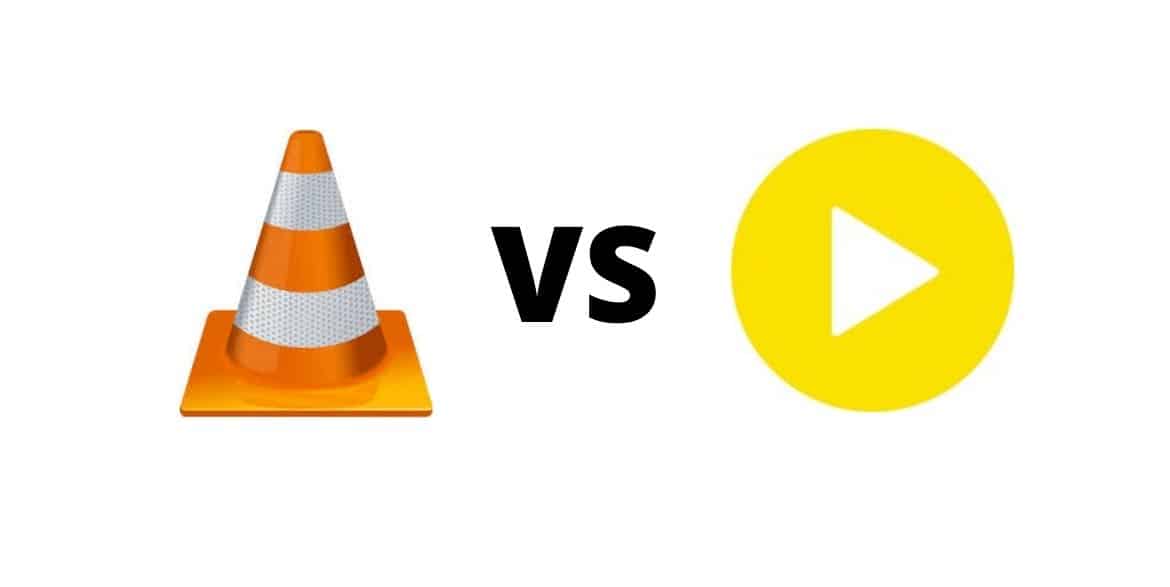 VLC media player has been the best free video player available for nearly two decades, but now PotPlayer is giving it a run for its money.

Both free video players have completely different features, user interfaces, system support, and more. In the ever-changing landscape of software, it can be hard to tell which one is better.

So, which comes out on top?

In this article, we compare the two to see which video player is best.

Since 2001, VLC has been a staple piece of software on almost everyone’s computer.

It’s a decent multimedia player that is great for anyone who wants a simple, robust media player.

Although it is a good media player, many of its features haven’t been updated in quite some time. Because of this, it feels a little clunky and old at times.

PotPlayer is the new media player on the block, having only been released in the last few years.

It has a ton of new features and customizable options, it’s fast as well as a user-friendly user interface (UI). With newer software, it’s faster and easier to use once you’ve learned all the controls.

These media players are solid competitors. Here, we’ll break them down and see which is the best.

Both VLC player and PotPlayer are free and open-source, making them accessible for anyone who wants to use and add to them.

VLC has a straight-forward UI for the basics. Accessing its advanced settings, though, can be a little more challenging. You should use VLC if you’re not looking for any extras, but it’s less than ideal if you’re wanting to customize things.

On the other hand, PotPlayer’s interface is highly customizable while still being simple and intuitive. This is great for most users but can feel a little too complicated if you’re looking to just click and play.

VLC has a range of add-ons available to make it more customizable. But, we think it’s fairer to judge it on its base features rather than added extras.

Unfortunately for any Mac, IOS, Android, or Linux users out there, PotPlayer is only available for Windows. This makes it inaccessible for many users short of creating a partition on your hard drive.

VLC is available across all platforms, meaning that you can use it no matter your device or operating system.

VLC has plugins for several different browsers including Chrome and Firefox. This makes it quick and easy to use right from your browser.

Because PotPlayer is a relatively new media player, it still lacks many of these same plugins.

Both players support an extensive list of video formats. But, PotPlayer has a wider range of video codecs that it can support.

If you find that a video format doesn’t work on VLC, the chances are that PotPlayer will be able to play your file.

VLC can also sometimes have trouble with larger audio formats, while PotPlayer can run almost anything without issue.

A big plus for PotPlayer is that it also comes with 3D support, meaning that you can watch 3D movies right from your bedroom.

While VLC will only play the video you open, PotPlayer will play all the videos in the folder in sequence. This makes it very easy to use and means that you can binge-watch series and movies just like you would on Netflix.

PotPlayer also comes with more hotkeys than VLC. Once you’re familiar with them, you won’t need to touch your mouse while running PotPlayer, making it highly convenient.

VLC, on the other hand, has a feature that allows you to search for subtitles from the player itself. This saves you the hassle of having to search across the internet.

PotPlayer is faster than VLC media player on many fronts, from setup to consistent use.

With a download size of only 23.5MB compared to VLC’s 37MB, PotPlayer is space-efficient and quick to download and install.

VLC is still a great media player in many ways. It has support for more operating systems and browsers than PotPlayer.

That being said, with all that PotPlayer has to offer, it is the better option for anyone on Windows.

With high customizability, additional features and hotkeys, and support for a greater amount of video and audio formats, as well as 3D support, it has in our opinion, topped VLC as the best media player available.

What are your thoughts? Do you have a preference between the two, or do you prefer something completely different? Let us know in the comments.

UI Is How It Looks, UX Is How It Feels – How To Understand The Interaction Between The Two In Order To Create Great Products

CCleaner Vs. Glary Utilities: Which is better?