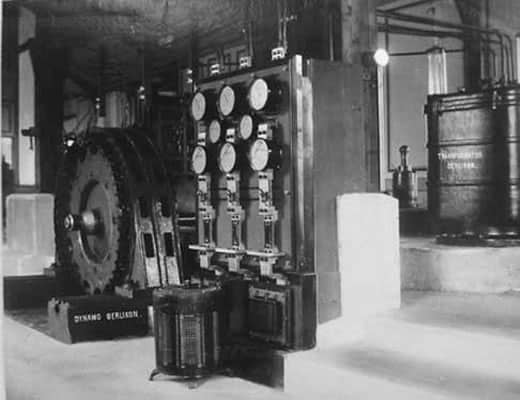 Update: since this article was first published, the send() method has been removed from the spec. send(value) was replaced with calling next with a parameter value, i.e. next(value). I have updated this post with this change.

It looks like generators are actually going to make it into Javascript. In fact, generators recently landed in V8. This is so exciting! Lately they’ve been all the rage. But what is it? With this post I’ll do my best to explain at a basic level what they are.

Before we begin, let’s make sure we can execute the code in the examples – because code is no good unless you can run it. You’ll want to install an experimental version of Node (0.11.2+). I recommend following these steps:

At its simplest form, a generator represents a sequence of values – essentially it is an iterator. In fact, the interface of a generator object is a just an iterator for which you’d keep calling next() on it until it runs out of values. What makes a generator special is the way you write it:

In this example (source), naturalNumbers is a generator function – or generator for short. It is written using the new * syntax as well as the new yield keyword introduced in ES6. This generator function returns generator objects that return the set of natural numbers in an infinite sequence. Each time yield is called, the yielded value becomes the next value in the sequence. To iterate through the sequence, a “for-of” syntax has also been proposed in ES6, however this is not yet been implemented in V8:

Don’t fret though, we can still use generators to do nice things. To create a new sequence, you’d call the generator function in order to get a live generator object:

Now, if you call numbers.next(), you get an object with the properties value and done.

The value property is the next value in the sequence, and done indicates whether or not the sequence has stopped; the sequence stops when the code has reach the end of the generator function. In the natural numbers example, the sequence would never stop, so to illustrate a stopped sequence let’s make a simple sequence that just returns two numbers:

As you can see, on the third iteration, the done property is true and value is undefined. If we call it a fourth time, we’ll get an exception:

The one thing that makes generators significant is that they make it possible to suspend code execution. Once you instantiate a generator object, you have a function whose execution can start and stop. Moreover, whenever it stops, you have control over when it restarts. To see this more concretely, let’s create a generator that simply prints out strings to the console.

Now, if we instantiate the generator object from this generator

and then iterate through it, line by line, by calling g.next() on the command line

You can see that:

This opens possibilities for asychronicity in that you can call next() after some asynchronous event has occurred. To see this, take a look at the following example which makes the poem display a line per second by combining the generator with an async loop.

Note that, while the code in the haiku generator looks like straight line Javascript, asychronicity has occurred in the middle of that code. This was not possible before due to Javascript’s general single threaded nature. More specifically, each time a yield is encountered, asychronicity has a chance to occur. Those yields are kind of like time warping wormholes (source).

Up until now we’ve looked at a generator objects only as a producer of a sequence of values, where information only goes one way: from the generator to you. It turns out that you can also send values to a generator by using the next() method, in which case the yield statement actually returns a value. Let’s see this by making a generator that consumes values:

Next, let’s try calling next():

This returns the expected object, but it also didn’t console.log() anything, the reason being that initially, the generator wasn’t yielding yet. If we call send again however, we’ll see the console.log message:

So we can both send and receive values from a generator, but guess what? You can also throw!

When you throw() an error onto a generator object, the error actually propagates back up into the code of the generator, meaning you can actually use the try and catch statements to catch it. So, let’s add try/catches to the last example:

This time, once we instantiate the generator object, we’ll call next() first because there’s no way the generator can catch a error that’s thrown at it before it even starts executing.

From this point on, if we throw an error, it will catch the error and handle it gracefully:

Now that you know the basic mechanics of generators, what can you really do with it? Well, most folks are excited about them because it is seen as the Ticket Out of Callback Hell ™. So let’s see how that can be done.

In Javascript, especially in Node, IO operations are generally done as asynchronous operations that require a callback. When you have to do multiple async operations one after another it looks like this:

It gets worse when you add in error handling:

This is fantastic! Aside from less code and asthetics, it also has these benefits:

You’ve seen what we are aiming for, now how do we implement it? If you are the type who wants to figure it out for yourself, I don’t want to ruin it for you. Stop reading. Code away. Come back. I’ll wait.

The first thing to realize is that the async operations need to take place outside of the generator function. This means that some sort of “controller” will need to handle the execution of the generator, fulfill async requests, and return the results back. So we’ll need to pass the generator to this controller, for which we’ll just make a run() function:

The run() function has the responsibility of calling the generator object repeatedly via next() and fulfill a request each time a value is yielded. It will assume that the requests it receives are functions that take a single callback parameter which takes err and value arguments, conforming to the Node style callback convention. When err is present, it will call throw() on the generator object to propagate it back into the generator’s code path. The code for run() looks like:

Now given that, readFile takes the file path as parameter and needs to return a function:

And that’s it! If that went too fast, feel free to poke at the full source code.

To learn more about generators:

This article was orginally published at https://tobyho.com/2013/06/16/what-are-generators/

4 thoughts on “What are Generators?”