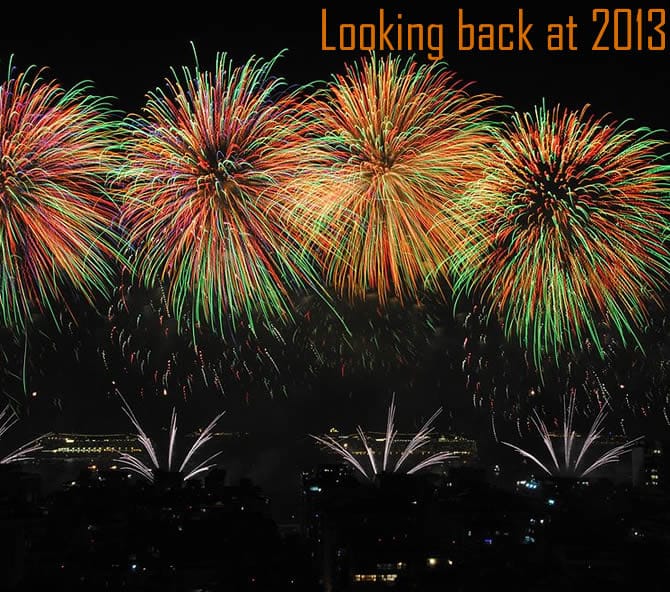 2013 definitely felt, to me, like a turning point year in web development. In that vein, I reached out to a number of our authors and asked them, “What trend did you perceive in 2013 that had a significant impact on web and/or mobile developers?” Here are their answers.

(If you are curious about what you need to know for 2014, check the next post in the series.)

2013 was the year of AngularJS – there is no doubt about that. In 2013, we saw a tectonic shift in frameworks toward more declarative UI’s. AngularJS is of course leading that pack at the moment. The fact that web components was pushed so much further in 2013 helped bolster developer’s confidence in creating their own custom elements with a framework like AngularJS.

2013 was also another tumultuous year for mobile, as developers grapple with the highly fragmented and interrupted landscape. Responsive, Native, Hybrid and Web – all of these solutions are viable and appropriate. 2013 proved for yet another year that there is no “1 solution” for building mobile apps.

This may be more of a 2012 or even 2011 thing, but 2013 is the year I discovered Node.js in all of its glory. With the combination of a package manager such as Bower, a task runner such as Grunt, and all the tools at your disposal for code linting, file concatenation, automated unit testing, etc. It has basically become the de-facto standard for every client-side web developer looking to adopt best practices.

Automation tools, specifically things like Grunt and Yeoman. This seemed to get the most press the past year. I’m curious though as to how much they are actually being used. I plan on asking folks about this at conferences during 2014.

I got my first taste of responsive design in 2012 with Twitter Bootstrap (now just ‘Bootstrap’) and thought it was super-cool that a website would look ‘normal’ on a desktop browser, and collapse upon itself when viewed on a small screen. I’d heard murmurings about ‘adaptive this’ and ‘fluid that’ for a while, but hadn’t seriously used responsive design techniques on any sort of production site until then. That all changed in 2013. Responsive design shifted from something I should probably think about to a de-facto requirement. Now, everything I touch has some semblance of responsive design. It’s pretty much a fact of life that if I’m putting something on the web, someone is going to view it on a tiny screen, and someone else will see it on a nice big screen, and if it doesn’t work properly on both, I’m going to hear about it. Although there is still work to be done in certain areas (adaptive images, especially), the standards, tools and best practices available for creating web applications that fit multiple screen sizes really came of age in 2013.

AngularJS gained major popularity this year and has become a favorite for many web developers. At first glance, it’s just another tool set/framework/library — and these come and go.

In 2013, however, we’ve seen “web components” and the Polymer project introduced. Both indicate very early and strong trends toward web components that developers should start considering now. AngularJS fits this paradigm like a glove, and the creators have disclosed that web components will play a major role in the underlying framework.

It might be a little early to call web components for 2013, especially given the reliance on Polymer. However, AngularJS was incredibly strong in 2013 and should prove stronger as web components gain more traction.

Though preprocessors and Node.js have accompanied us for a while now, I’ve seen an incredible growth in the communities last year.

Responsive e-mails isn’t new either, but got a lot more attention when research found that an incredible amount of people use their phones to read them.

In my opinion, the biggest trend of 2013 was new front-end tools like Grunt, Bower, and Yeoman. They have taken developers by storm and have heavily changed the way they approached their work. This process has advantages for web designers too, as witnessed by Chris Coyier in his article Grunt for People Who Think Things Like Grunt are Weird and Hard. Grunt is a task runner that allow us to automate common and repetitive tasks such as building, testing and minification. Bower is a dependency manager that helps developers manage the software and the libraries on which our project is built on. As a result, we can use it to always obtain the latest version of the dependencies without checking the official website every time. A good save of our precious time! Finally, we have Yeoman. It’s a workflow that stick together Grunt and Bower with a command line to scaffold projects.

Thanks to them, we’re able to automate a lot of tasks we used to perform an incredible amount of times per day. Using them we can focus again on writing code. Probably one of the best part of this trend is that the revolution has just started. Once you’ll try and become familiar with these tools, you won’t go back again. If I have to cite my favourite feature it’s surely the live reloading. The latter automatically reloads the tab of the browser of the web page you’re developing every time you change a file of the source.

In case you need a quick overview on these tools, I recommend the presentation Automating Front-end Workflow by Addy Osmani.

In 2013 I’ve noticed JavaScript is on its way to become the lingua franca in software development. Not because it’s so awesome, but because of the platform behind it, as well as the new platforms emerging, namely mobile, which fully support JavaScript. I also see ES6 harmony is starting to take shape, but I think it’ll be a couple more years until it gets completely implemented by evergreen browsers.

I think that the rise in popularity of functional programming has had a significant impact on both web and mobile development. In 2013 we saw ClojureScript and RSJS become more and more popular as developers are starting to see more and more benefits of a declarative style of programming.

The proliferation (and maturation) of robust Javascript libraries and frameworks. Web and mobile developers alike were assaulted with so many great choices (Angular, Ember, Kendo UI, Backbone, Knockout to name a few) and yet we may never have a clear “winner”. Having this many options has made 2013 a year of virtual Javascript paralysis for some larger shops as they continue to wait for the dust to settle.

In 2013, we’ve seen JavaScript become much more mainstream for general programming, not just in the browser – on the server with Node.JS, in task automation with Grunt, directly on hardware chips, in robotics, in multi-screen TV experiences with Chromecast, and more. Yes, Node.JS existed before 2013, but I noticed a big uptick in Node.js discussion in 2013. This has given developers the ability take their skills across multiple domains, and has fostered exploration and creativity beyond just the in-browser web experience.

This year’s trends were e-commerce mobile based, Nodejs and single web page applications.

2014 – What Web Developers Will Need to Know