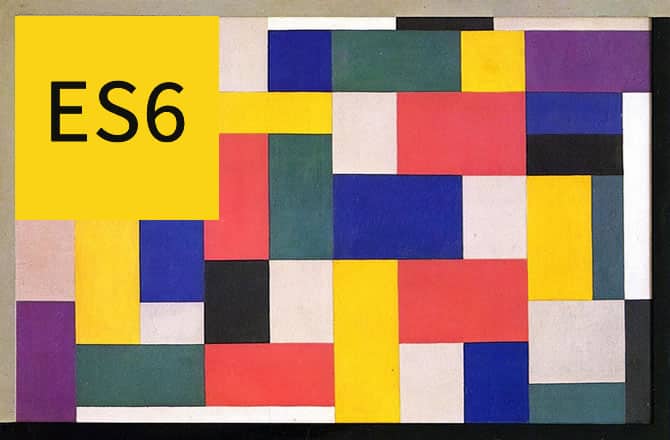 The JavaScript language is defined by the ECMAScript specification, also known as ECMA-262. ECMAScript 6 (ES6) defines the next version of JavaScript. ECMA Technical Committee 39 (TC39) has a goal to complete the ES6 specification by the end of 2014. The current draft state of the specification can be viewed at harmony: specification drafts.

There are many articles and videos on the web that describe the ES6 features. A good place to start is Luke Hoban’s summary of ECMAScript 6 Features.

It may take years for all the features in ES6 to be supported in all the major browsers. That’s too long to wait and you don’t have to wait. You can use a transpiler (described below) today. This will enable getting comfortable with the new features sooner and will allow writing more compact, more expressive code now.

For a summary of ES6 feature support in browsers (and in the Traceur tool discussed next), see the ES6 compatibility table from Juriy Zaytsev (a.k.a. kangax). Try selecting the “Sort by number of features?” checkbox. Currently Firefox has a clear lead in ES6 support.

All example code and configuration files that appear in this article are in GitHub at https://github.com/mvolkmann/todo-es6.

There are several available transpilers that translate ES6 code to ES5.

Probably the most capable transpiler for ES6 to ES5 translation in terms of feature support is Google Traceur. Traceur is implemented in ES6 and uses itself to transpile its own ES6 code to ES5 code that runs on Node.js. For more detail, see the Traceur Compiler GitHub project page.

There is an online tool that allows entering ES6 on the left side and shows the resulting ES5 code on the right. This is useful for testing support for specific ES6 features and gaining an understanding of what Traceur generates. It does not execute the code. The “Options” menu includes the ability to enable experimental features.

The easiest way to install Traceur is to install Node.js and then run this command:

To get help on options:

To run code in an ES6 file:

This command requires the file extension to be .js, but it can be omitted in the command.

To compile an ES6 file to an ES5 file:

To run with experimental features, add the --experimental option. One example of a feature that is currently considered experimental is the let keyword.

The traceur option --sourcemap causes it to generate a sourcemap. It places them in the same directory as generated ES5 files. The browser will look for them there.

To use sourcemaps in Chrome,

Many JavaScript developers, including me, feel that it is important to use some linting tool when writing JavaScript code. Linting tools save time and reduce errors by catching coding issues before the code is run. They can be run from a command-line, integrated into editors/IDEs, and run automatically when files are saved from any editor using tools like Grunt.

The three most popular JavaScript linting tools seem to be JSLint, JSHint, and ESLint. It is unclear if or when JSLint will support ES6. JSHint has good support now using the “esnext” option. ESLint plans to support ES6, but doesn’t yet.

Here is the JSHint configuration file I use:

Grunt is a great tool for automating web development tasks. There are over 2,500 plugins available. Several are related to Traceur. These include “traceur”, “traceur-latest”, “traceur-build”, “traceur-simple”, and “node-traceur”.

Below is an example Gruntfile.js that uses “traceur-simple” to automate transpiling ES6 files into ES5 when they are modified. The lines that are specific to Traceur are highlighted in the online version of this article at https://sett.ociweb.com/settApr2014.html.

This example also uses the “watch” plugin to watch for changes to HTML, CSS and JavaScript files. When watch detects these, it automatically runs specified tasks including linting CSS and JavaScript, running Traceur to generate ES5 code, and refreshing the browser to immediately show the results of the changes. This last part is enabled by the “livereload” option and including a special script tag in the main HTML file.

Gulp, at https://gulpjs.com is a similar tool. I used Grunt in the example presented here, but I welcome a pull request to the GitHub repo with an equivalent gulpfile.js file.

Here is a basic todo web application written using AngularJS and ES6. Several features of ES6 are utilized including arrow functions, default parameters, for-of loops, let, classes, modules, and generators. For a small application like this, I likely would not split the code into this many source files and use as many classes. This is done to more clearly demonstrate the use of modules.

A major goal of this example is to demonstrate that ES6 can be used in conjuction with existing JavaScript libraries like AngularJS today.

To run this app: 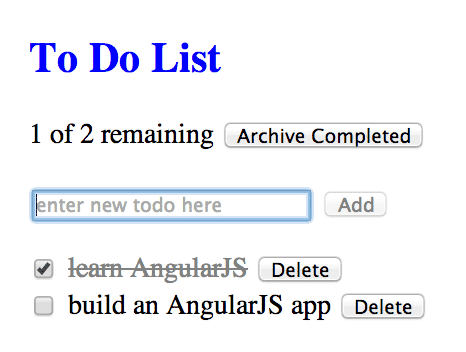 While AngularJS is not the focus of this article, here is a brief explanation of the AngularJS concepts that are used in index.html below. The ng-app attribute on line 2 identifies the main AngularJS module. That is defined on line 8 in scripts/app.js. The ng-controller attribute on line 12 in index.html identifies the AngularJS controller that is responsible for the “scope” of the entire document. That is defined on lines 13-20 in scripts/app.js. The main job of an AngularJS controller is to add data and functions to the scope. The expressions in double curly braces refer to scope properties. When the value of one of these expressions changes, that part of the DOM is automatically updated. The ng-click attributes specify scope expressions to be evaluated when the associated element is clicked. The ng-model attributes specify two-way data bindings. When the specified scope property value changes, the value of the corresponding input is updated. When the user enters a new value in the input, the corresponding scope property is updated. The CSS class on the span that displays the text of a todo item is changed when the “done” state of the todo item is changed.

For more details on AngularJS, see the AngularJS home page.

This module exports several functions and does not define a “default” export.

This article was originally published at https://sett.ociweb.com/sett/settApr2014.html

Inquiries regarding Career Opportunities can be directed to: [email protected].

The Software Engineering Tech Trends is a monthly newsletter. The purpose and intent of this publication is to partner with clients in developing solutions for their most demanding mission critical systems, by leveraging our deep experience in software and systems engineering. We promote non-proprietary, standards-based solutions that afford our clients greater control and broader choice. Knowledge transfer is a fundamental aspect of services we offer our customers. We tailor our engagements to meet customer needs. We foster the professional growth of our employees and reward excellence. Send a blank email to subscribe or unsubscribe.

10 Engagement Strategies to Increase the Profitability of Your Mobile Game

Organizing Your CSS Code for Preprocessors