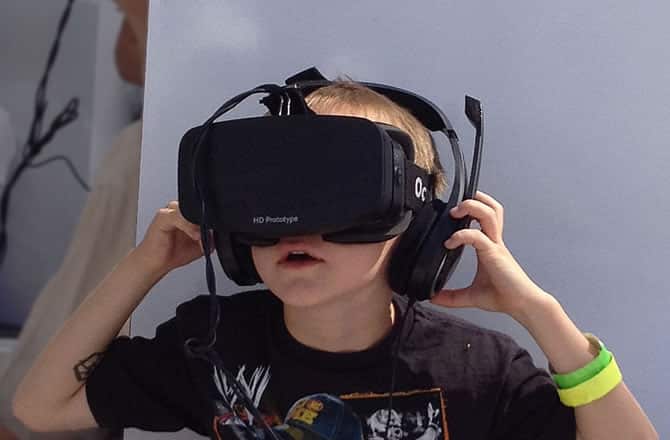 Facebook’s recent purchase of Oculus VR and the launch of Amazon Fire TV may be the start of an interesting change within the mobile app development industry. How so? Well, the days of developers who focus purely on ‘mobile apps’ may become a thing of the past! This article takes a brief look at how these two products may have a significant impact on the way mobile apps are designed and built.

Combined with Google’s Glass, it is becoming clear that the ability to connect your high quality smartphone or Android gadgetry to optical head-mounted displays is now tantalizingly close for the general public to experience. This means potentially opening the door for innovative apps that can be utilized hands-free of devices or, in the case of Fire TV, on large screens in our living rooms, rather than the limited screen size of the humble hand-held mobile devices – which, as your 12-year-old niece is likely to exclaim at some point in 2014, is “soooo last year”!

Facebook hit the news recently for splashing out the hefty sum of $400 million in cash (plus $1.6 billion in Facebook stock) to acquire and develop Oculus VR, indicating that the social media giant believes that there is potentially a huge market for virtual reality headsets and 3D gaming in the not-too-distant future. It is fair to say that this could also imply a shift towards VR apps rather than just large immersive games, which the majority of Oculus VR developers are currently focused on.

Furthermore, the launch of the Amazon Fire TV may also be potentially be an interesting development within the app industry. Unlike previous set-top boxes, this Android-run device is essentially looking to merge the high-end smartphone experience with television. In terms of gaming, the Fire TV has apparently been designed to not compete with gaming consoles like the PlayStation 4, for example, according to Amazon, but is simply aimed at people that play games on their smartphone or tablet. So, is it for sophisticated types (read: females) who feel that consoles are a bit childish then? Possibly. But whoever the audience target is for the Fire TV, with Amazon’s backing it is likely to find an audience.

This move to the living room is particularly going to appeal to developers, as Amazon is opening up a brand new platform for developers to reach a much bigger audience! With the option of a controller, it has the potential to appeal to both the ‘casual gamer’ on tablets/smartphones and the family market, as well as possibly convert the serious gamer. Again, this could mean a huge increase in the demand for gaming apps rather than traditional console games.

Making predictions relating to anything to do with technology is always a risky business, but app developers should certainly be brushing up on their VR app and game app skills in preparation for the likely turns that this constantly evolving industry appears to be taking.

10 Engagement Strategies to Increase the Profitability of Your Mobile Game